Bitcoin went past lowest 2018 last week. While it was flying around $20k last year end, it is currently priced at $4557 at the time of writing. That price is ridiculously low when compared to the same time last year. There are so many bullish predictions made about the bitcoin price that people have already started investing inch by inch in Bitcoin, but let me break your heart, all bullish predictions are going to fail.

This post will dicuss exactly this in detail and with data packed proofs. This post is both controversiol & eye-opener. I feel you, as a investor will definitely find this post useful.

So without further ado, let's dive in.

He's not the only one who's religiously promoting cryptocurrency. While we posted an exclusive post on Bitcoin Bullish Predictions, here are some fresh updates on the same.

Chamath was the brain behind AOL Instant Messenger, who later was a executive at Facebook.This dude got involved too early into Bitcoin. He bought Bitcoin when it hovering around $100 a coin. Back in 2013, Chamath has $5 million in Bitcoins. Chamath has predicted that Bitcoin will reach $100k by 2020-21 and over a million dollars within 20 years.

Tim was a early investor in then a baby internet companies. In 1985, he has invested in Silicon Valley venture capital firm Draper Fisher Jurveston. Which then invested in Skype, Hotmail, Tesla, SpaceX, Baidu Inc, and many other emergid buds.

On April 12 this year Tim has predicted that $250k by 2022. He also believes that bitcoin will replace everyday fiat currencies sooner or later. Sure, this will take time as Bitcoin is not adapted into our daily lives yet.

My personal favourite is here. John, in my views has the most confident and mind blowing prediction among all. According to John, Bitcoin will be hovering around $500k (predicted in Jul'17) by 2020 & in Nov'17 he predicted that Bitcoin will jump to a whopping million dollars. He's a mathematician & in an interview with Cointelegraph, he said that he has studied Bitcoin's growth curve. With that study, he's adamant for the predictions he has made. Here's the video of his interview. 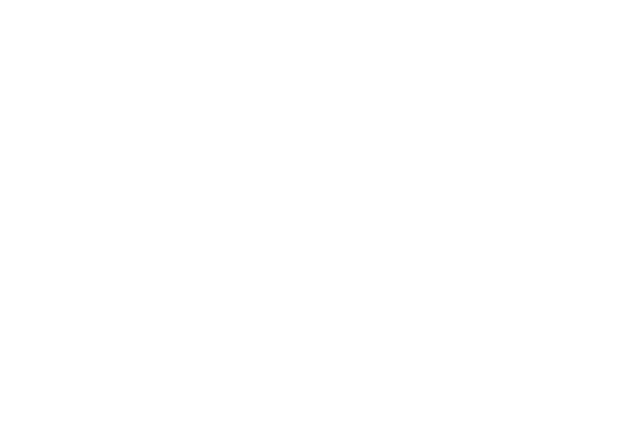 Okay, the list goes on with people like Elon Musk (suspected to be a supporter for now) James Altucher etc. Let me share three reason why I felt these predictions will fail, at least delay these predictions by at least a year or two.

I have been following Bitcoin closely since it missed touching $20k mark last year end. Since then, the continuous falls have both disappointed me & surprised me. Disappointed because, just as anyone, I badly wanted Bitcoin to crush all records. Surprised because how unpredictable these technologies are.

That being said, let me share the three reason that made say "All the Bitcoin Bullish Predictions will fail"

Unless you're Jon Snow (who knows nothing), BCH is not "BCH" anymore. Yep, it's more heart breaking than anything else. To make it worse, it's a hard fork, which means that there's no coming back. Bitcoin Cash has split in two individual coins, which will go by the name, Bitcoin ABC(Classical Bitcoin cash) & Bitcoin Satoshi's Vission (BSV), the new fork of Bitcoin Cash.

Just like Ethereum & Ethereum Classic, this hard fork has divided the cryptoverse with both the groups having valid points to put on the table.

This hard fork has deeply affected the momentum of Bitcoin's price. Bitcoin Price losing the pace soon after the fork happened, is not a coincidence. Not only this, even Bitcoin cash, the classical one, dropped by 40% which is not a good start they had imagined.

Another news that hit cryptoverse hard was Bakkt's delayed launch. Bakkt is delayed untill next month. Which clearly indicates that this will affect Bitcoin's price. If not already known, Bakkt will be dlivering Bitcoin Futures. With this happening, I think Bitcoin will fluctuate between $4000-$4800 for the rest of november.

December will be a good month in terms of price. Bitcoin is like to reach $6000 mark and by mid decemeber, the prices are likely to grow to $8000. According to CoinMarketCal there are over 200 events scheduled on Decemeber 31st.

Untill Bakkts launches, it's is less likely for the Bitcoin price grow at it's full potential. Apart from this, Bakkts can also control Bitcoin price soon after it's launch. However, it's hard to predict if it's going to push the price bar up or the price will crash again.

These are just theories, predictions in other words. The main reason why I think Bitcoin price will not meet the predictions made by the industry experts is absolutely practical and will make sense.

Let's see it right away.

One of the biggest hurdle any commodity has to corss is getting in flow into the market. Be it fiat currencies, stocks, contracts, bonds or any such systems for that matter. Similar is the case with cryptocurrencies, and with respect to this post, Bitcoin.

I've known Bitcoin since 2011 and I'm closely following it since 2015. The time since it has become 'next big thing', I've not seen anyone talking about adapting Bitcoin into streams of our daily lives.

Most people find Bitcoin as investment that returns not immediately but in long term. Therefore, people buy it & forget it unless the price explodes. In past it has happened in 2017 too. The price almost touched $20k mark. But that wasn't the real potential of Bitcoin. The main problem here is Bitcoin isn't flowing in the market, which is why the prices are hovering around $6.5k or put in other words, not reaching it's maximum potential.

Bitcoin needs to penetrate through various markets & enter the cash flow. This is only possible if the consumers use Bitcoin for their daily expenses & not keeping just as a investment.

Unlike other commodities, you can use Bitcoin to pay for so many things. These cryptocurrency are both an insurance for your return & reliable source for expenses. And this exactly is the problem right now, we are using just bitcoin as a powerful source of ROI.

Bring it in a flow & reap profits eventually.

Now we've read & heard many people say that why isn't fiat currency as valuable as cryptocurrencies? They’re in flow for decades now.

But that’s now how it works. Fiat currencies aren't a commodity as bitcoin is. Bitcoin is a commodity, far better currency than the fiat currencies in so many ways. Furthermore as a cryptocurrency, Bitcoin has potential to solve one of the biggest problems in the financial industry - Security.

Above this, Bitcoin is being watched by many big heads and have made predictions that would attract a lot of investors. This is also a good and bad news for Bitcoin’s growth.

The bullish predictions made by John McAfee has already caught a lot of limelight. Here’s a tweet for you,

See the confidence? Not even him, Even Elon Musk has been showing interest in Bitcoin as a currency, which caught fire rapidly.

Predictions are fine, there are many such big names doing this and this has already brought a lot of hope among ‘Investors’ that Bitcoin will rise.

Considering these predictions has already started benefiting Bitcoin. As aforementioned, people will buy it and store in Cold Storage until the price hits that mark. This way, the price predicted will never become a reality.

Bottom line, the value of anything depends on number of people use it in day to day lives. Why do think Petroleum/Crude Oil or Pharma industry is a trillion dollar industry?

However, you can invest in fractions of Bitcoin. Try get your investment in parallel with the percentage of fluctuations. This will not only reduce the risk of loss, but also help you learn taking calculative measures for your ROI.

I'm no expert, but I'm a observer. In my opinion, if we want Bitcoin price to rise & shine and reap the investment in coming time, we must push the usage in our daily lives. Doing this will not only help us manage our money under our supervision, but we can also bring down the price inflation. At least, save a lot of fees and time.

More and more we use Bitcoin in our daily lives, it's going to help us as a investor. I won't be surprised to see investing in terms of bitcoin. I won't be surprised to see fiat currencies wiped out completely, just like old princly currencies did. Recently, Sundar Pichai's son was mining Ethereum on a PC built by Sundar himself. In an interview, Sundar said he had to explain his 11 year old son how fiat currencies work.

We're heading towards this an economy of this kind. To welcome it, we will have to adapt bitcoin & other cryptocurrencies in our daily lives before we can reap the fruits of investing in it.

If you liked this opinion, please share this among your social network and make a difference.

Did you know that you can support this website by reading it on Brave Browser. Enjoy private, secure and fast browsing with Brave.